August is already the third readathon in G’s (Book Roast) Magical Readathon Series.
Until a few years ago, The Magical Readathon was a reading challenge inspired by Harry Potter, but now G has taken a completely different route and invented her own universe: Orilium.

In essence, Orilium is a prestigious, magical university in the world of Aeldia.
We, as readers, make our own character in this world and that character wants to study at this university, with a certain career in mind. To achieve this goal, that character must pass exams twice a year for several years: the Spring and Autumn Equinox.
In April we already completed the Spring Equinox. Now in August it’s time for the Autumn Equinox.

It took a lot of work before I could start my equinox exams: taking entrance exams, designing a character, entering a guild, etc.
That is why I first want to take you back in time, through my journey to Orilium thus far, after which I show you my plans for August and the Autumn Equinox.

Complete the treacherous journey to the Orilium Academy Arc to be accepted as a novice and be sorted into your guild. Complete two missions along the way!

That was the assignment of The Novice Path last September. I then shared my plans for this assignment here (Dutch only) and I am happy to announce that I was admitted to Orilium! 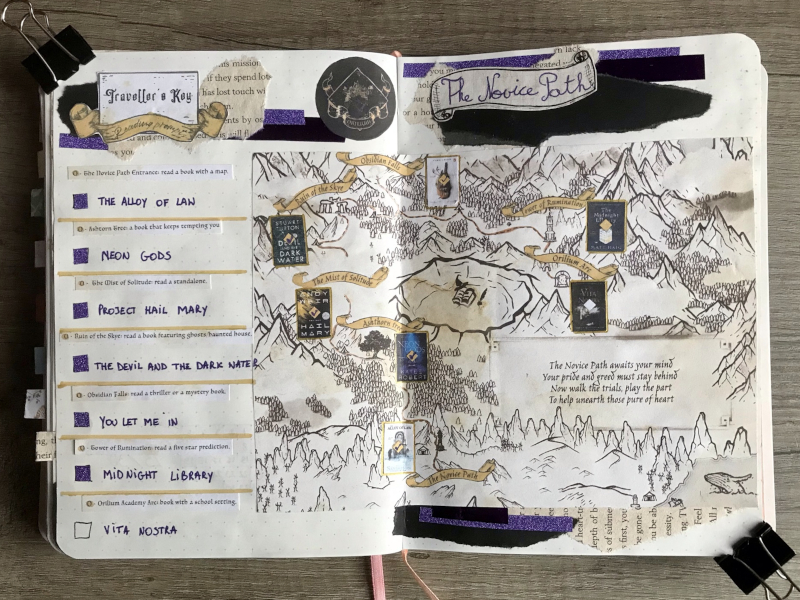 In order to create a character who can go to the University of Orilium, a number of choices had to be made based on reading assignments that had to be fulfilled before the start of the first semester in April 2022.

I completed the assignments that came with my character choices in November and December last year.

Other than these choices, my character isn’t that fleshed out. I may make up their story someday, but for now these vague guidelines are enough to continue my journey through Orilium!

During the novice path, we were not only graded for admission to the university, but we were also closely watched by the guilds. 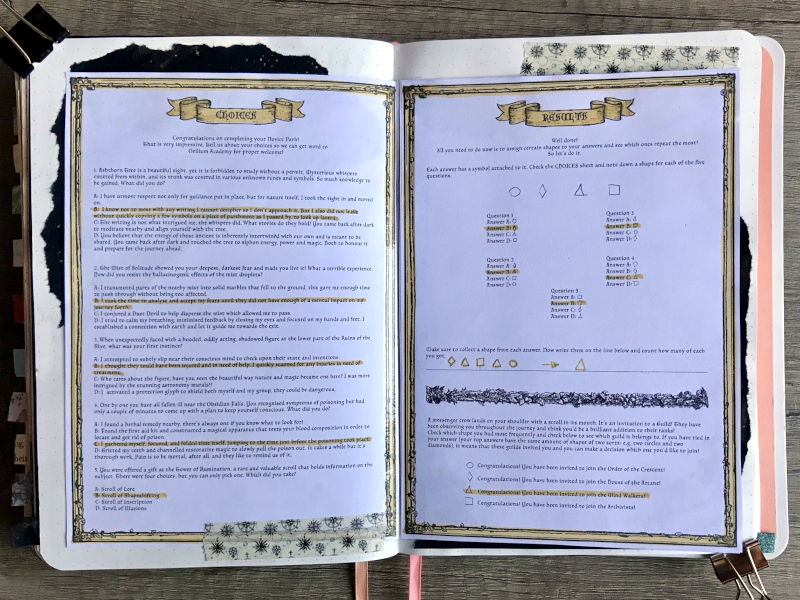 Based on the choices I made during my journey, I was invited to join the Mind Walkers, which I gladly accepted.

Leading up to our very first semester at Orilium University, in March 2022 we first had to define two important aspects of our characters associated with our guild, namely our conduit through which our magic flows and our specific guild legacy. 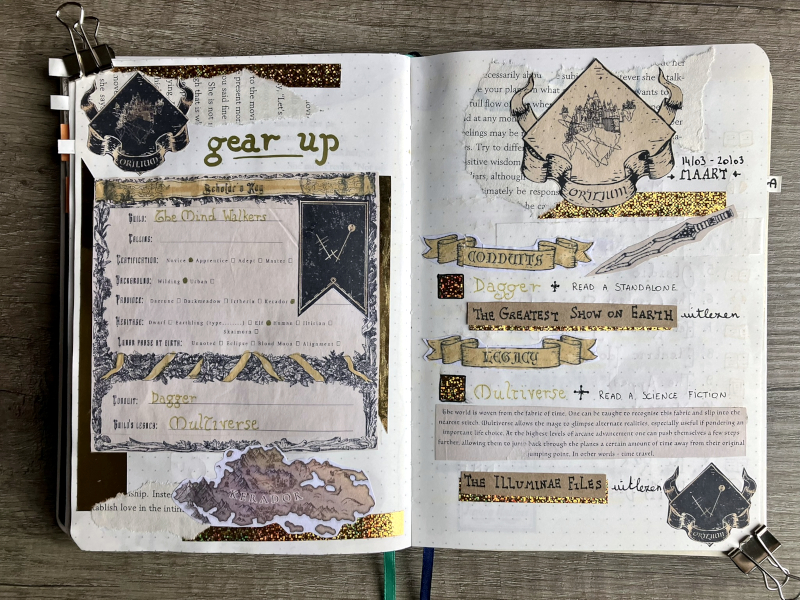 My character chose a dagger as a weapon, as this weapon is exclusive to members of the Mind Walkers guild.

As a talent, my guild teaches their members a way to access a second plane of existence. I chose to learn about the Multiverse, a way to learn time travel!

In April we were finally ready to start our first semester at Orilium University.
My chosen career is Mage Hunter, the Aeldia detectives and police. For this I had to pass 5 exams, which I did successfully.

In addition, I also managed to complete a number of separate quests, which gave me a higher reputation within my guild.
While I was only an initiate at the beginning of the semester, I have already risen to the rank of Assistant. This gives me the privilege of counting books I didn’t finish for my exams next semester!

Now that I’ve updated you on the state of play in this readathon, it’s time to share my plans for the coming semester!

In this second semester, it is time to further specialize in specific topics for our chosen career. For the details and explanation of the prompts, I refer to the BookRoast video:

For my career as a Mage Hunter I need to delve further into 3 subjects for a total of 6 books:

For me, this is a very achievable assignment, I think.
I also hope to be able to fulfill a number of separate quests, to further increase my reputation within my guild, but we’ll see how this goes!

Are any of you participating in this readathon?