If I had bothered to look further than the length of my nose, I would have been able to answer my own question about Catania from my previous post.

Can you remember this dress from last year? 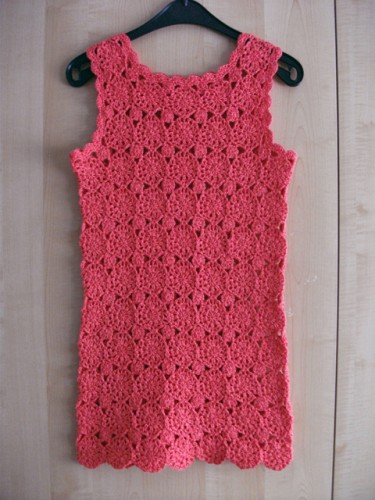 Well, I crocheted this with exactly 6 skeins of Catania cotton and the end result wasn’t too heavy for my then 4-year-old goddaughter, who isn’t exactly the largest child of her age.
So yeah, against the general advise received here, I think I will take my changes on knitting the summer dress with Catania. You’ll definitely hear about it here and I will make a note for future reference if Catania should be used in such projects or not. I think some of you are curious about the verdict as well, no?

Okay, that’s that decision 😉 But then I needed something else to be able to get started, namely the right needles.
The pattern asks for circular needles of 60cm in 2 sizes for the top and skirt. As I would like to knit the Catania with a 3mm needle, I need circulars of 3mm and 4mm with a cable of 60cm.

When I started to get serious about knitting and it was already clear that long, straight needles to tuck beneath the armpit were nothing for me, I decided to invest in circular needles. Before that I used my mother’s needles, but she only uses straight needles and those are a true danger for me and the people surrounding me.
First I bought individual needles from shops like Wibra or Veritas, but the cable lengths there are almost always 80cm. When I first bought those needles, I hadn’t really considered why the 80cm was mentioned on the pakkets, but when I started my first knitted dress, I realised that some circular knits require different cable lengths. That’s when I decided to spend some money to invest in interchangeable circular needles by knitpro. 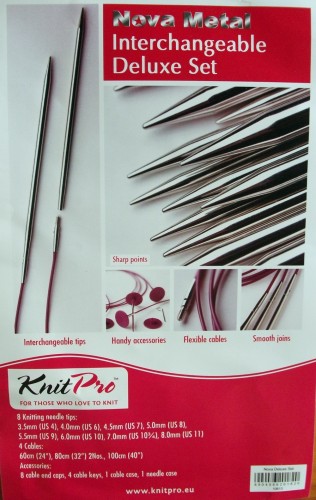 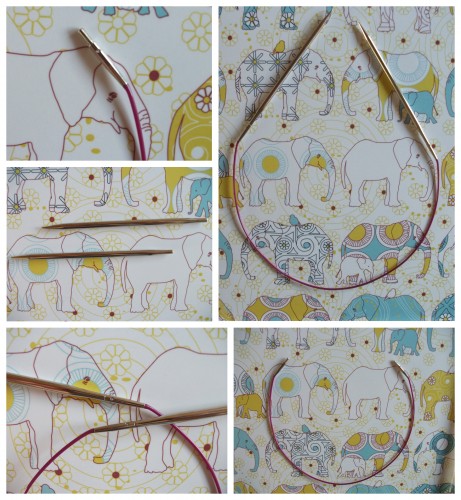 Now I almost exclusively use those needles to knit and I’m very happy with them. They are good in my hands, they could perhaps be a little shorter to be perfect, but they are much better than the other needles I have. The cables are of a whole different level than those of my Wibra needles, which curl annoyingly and keep getting in the way of my hands. Attaching the cable to the selected needle points is also a piece of cake. Very simple and very handy. 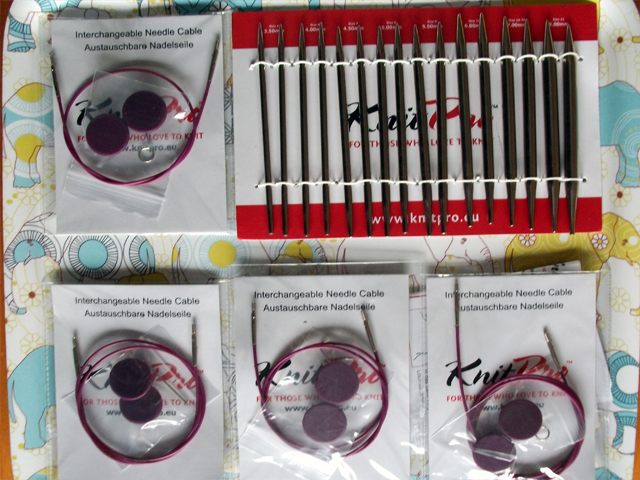 And now you can already guess what comes next, no?
As mentioned above, for the dress I want to make, I need 60cm circulars of 3mm and 4mm. The latter can be made from my set, but the former is missing.
So I searched Google for an expansion of my set.

My current set is of the type Nova, which are metallic needles. When I bought this set, I could find these needles practically in every webshop that sold knitpro, but now the Nova proves more difficult to find in Belgian or Dutch shops. Most shops now carry the Symphony needles, which are made of wood.

I’ve always worked with metallic needles, both for crocheting and knitting, so I don’t know if I’ll like the wooden type. That’s why I kept searching for metallics. Eventually I found some in a Dutch webshop. They also carry the Symphony and after some hesitation I decided to also try a set of those. Nothing ventured, nothing gained, right? 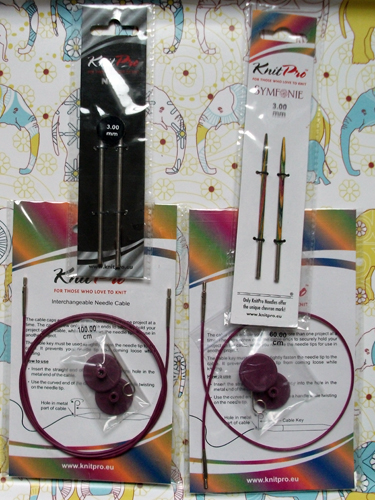 I bought a Nova and Symphony set of 3mm and some extra cables of 60cm and 100cm. 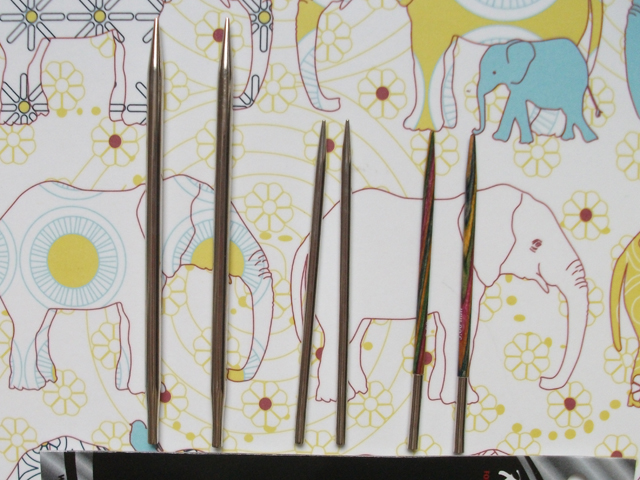 When the needles arrived, I immediatly notices that they were shorter than my current needles. I still have to try them out, but I think they’ll fit my hands even better!

And that’s it. I think I now finally have all I need to be able to start ^_^ You’ll hear all about it here!