I’m quite a bit behind on my genre blanket these days. All my crafting time has been spent on knitting lately, but more on that in a next post 😉
I only just finished July in my genre blanket, and unfortunately haven’t gotten further along with the other months yet. There’s just so much I want to do, and so little time to do it in, lol.

Anyway, July, in terms of reading, this was a fairly standard month for me with the usual variation in genres. In total I read 7 books, spread over 6 genre blanket genres, which allowed me to crochet a nice variation in color scheme again! 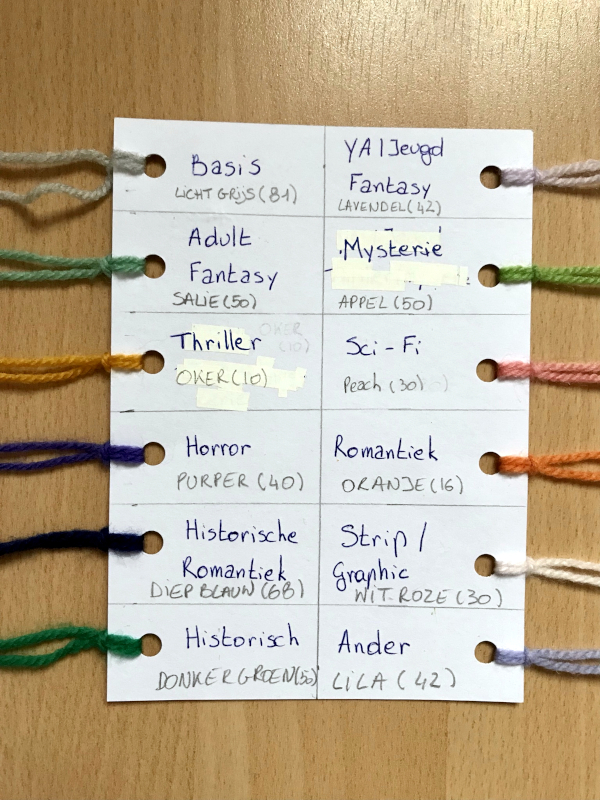 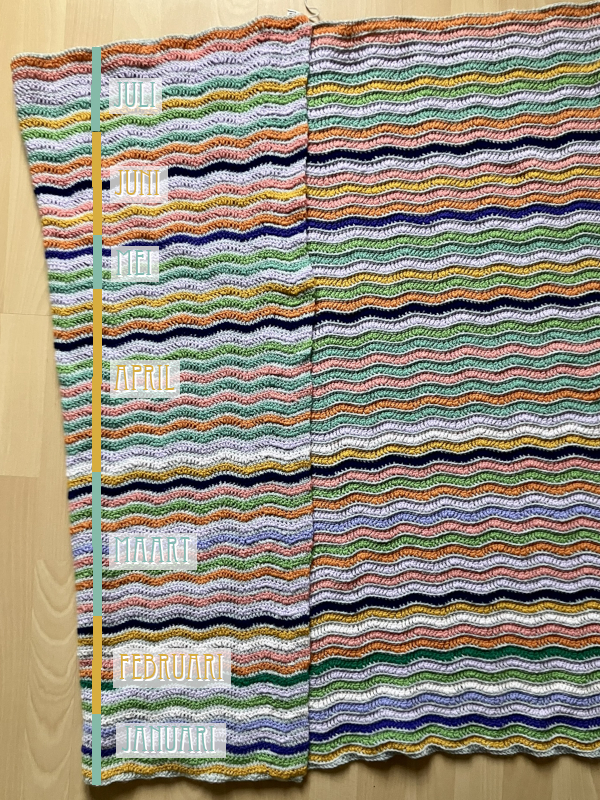 I don’t really have anything in particular to say about these additional July-stripes.
All colours have been used at least once by now, some more than others. Oh yes, there’s one thing, I think July is the first time I read the same genre twice in a row, meaning I had to crochet the same colour stripe twice.

The counter now stands at 64 stripes and gives the blanket a height of about 98 cm. So it looks like my blanket will be getting a decent size, considering how much I’ve read in the following months too.
With 64 stripes over 98cm, this means about 1.5cm per line, which coincide with the gauge swatch I did before starting this project. With the books read from August to October alone, I estimate that about 50cm in height will get added, which brings me pretty close to the target size of between 150 and 180 cm!

The width is somwhat smaller than what I had aimed for, 117 cm while I wanted more like 120 cm, but still, that’s not dramatically smaller and there is still the possibility I will do a border around the whole thing once it’s finished.

So, so far so good! Now only to find the time to crochet on!