It is not uncommon for me to hand out homemade gifts. Sometimes this is for a reason (birthdays and births, etc.) and sometimes I just wanted to make something, but have no place or use for it myself. For example, I have already distributed crochet critters to colleagues at work, who are fans of something or other.
One colleague had seen this and dropped hints a few times that she is such big a fan of baby Yoda from Star Wars. 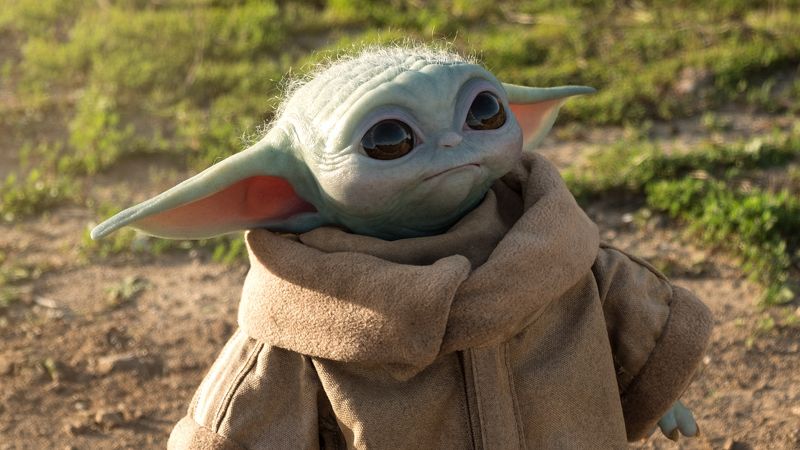 Now, I’m not a Star Wars fan myself and at first I didn’t know what this was. Yoda I know, but that there was also a baby version, that was new. But a quick Google search yielded some admittedly cute pictures of the small green monster.
Searching further with the search term crochet provided numerous options for patterns. In the end, I chose to create the pattern from Larissa Maced 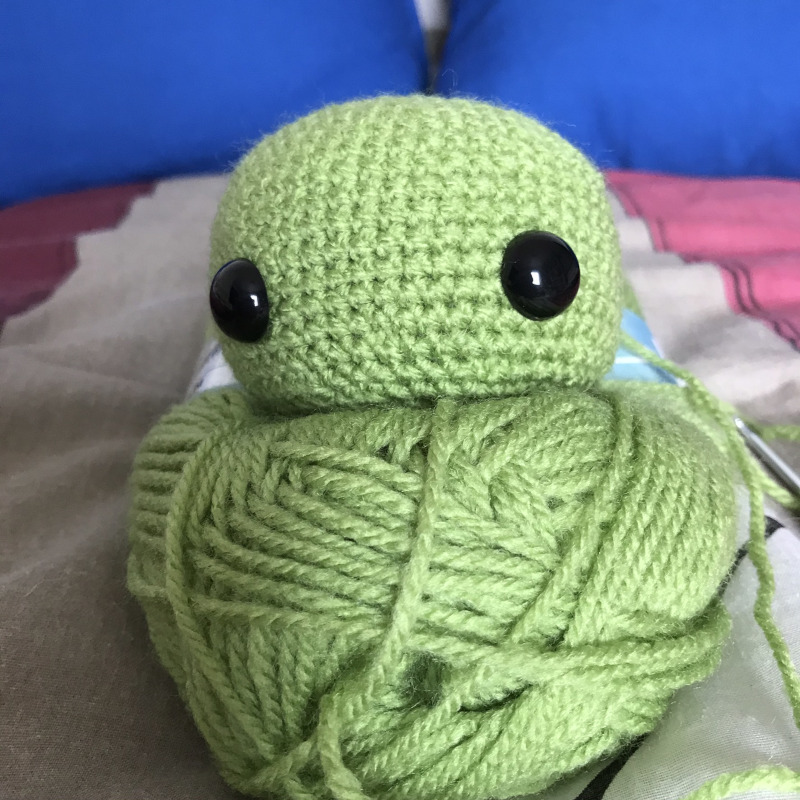 While I was making him, I sent a sneak peak to my colleague.
Dixit: “Rhoooo trop mignon sa petite tête. Merci!” 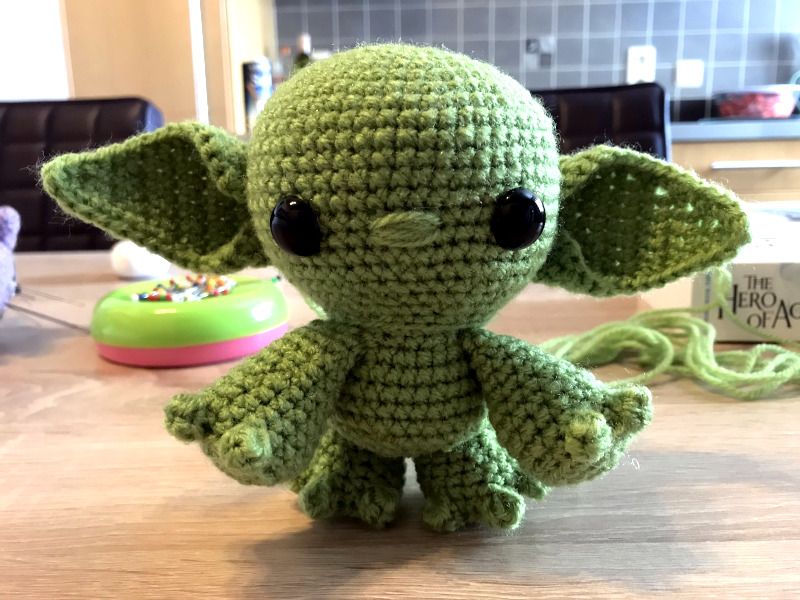 Yoda itself was a quick crochet. Only the assembly took some trial and error, which is always the case with amigurumi. And I must say, he turned out rather cute, especially the teeny fingers and toes.
Now I still needed to make his coat, which took some more trial and error, since the version according to the pattern turned out way too big. 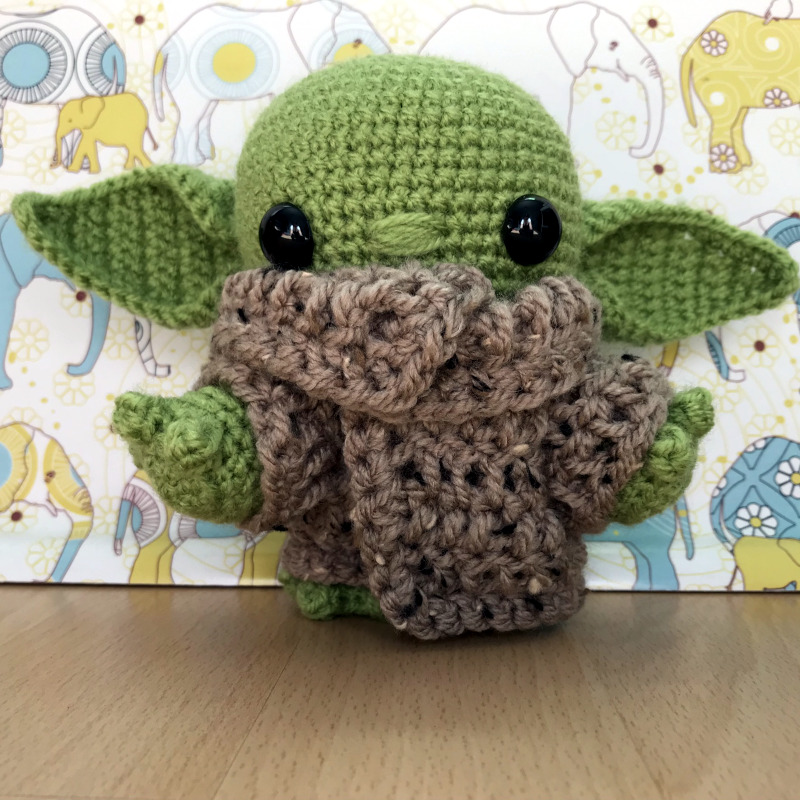 But it worked out well in the end and I think it’s a good depiction of the original.
And the colleague was very happy 🙂

May the force be with you, or whatever Star Wars fans say;)