The plan to systematically translate my Flemish (=Dutch) posts in English has lost a bit of its wind, since I’ve been omitting so much translations. My last translation dates as far back as October 2015, while I have been posting fairly regularly in Dutch. I think this is partly because I don’t know how much interest there is in my blog for people speaking another language than my native one.

Anyway, I thought I would try to catch up a little bit and the first project I want to share with you is a new dress I knitted for my goddaughter.
Before I started the dress I want to talk about today, I had knit a cute cotton dress using the Moana pattern by Rachel Evans as a way to reduce my stash. I only had a limited amount of cotton yarn, so I knit a size accordingly hoping one of my nieces would fit in it. Luckily for me, the dress fitted niece E perfectly and she was exceedingly happy to receive the dress.

I was so charmed and pleased with niece E’s reaction that I decided on the spot to knit the pattern again, but this time for my goddaughter J. Like all little girls, J is completely obsessed with the Disney film Frozen and particularly with queen Elsa. So my plan was to knit Moana in an icy-blue with silvery accents. 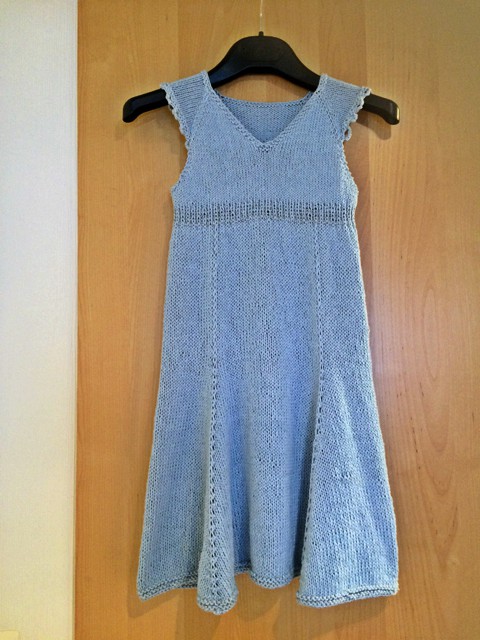 I had told J that I would make her an Elsa-dress, which of course meant she asked about the dress all the time, which made me knit as if I was possessed. 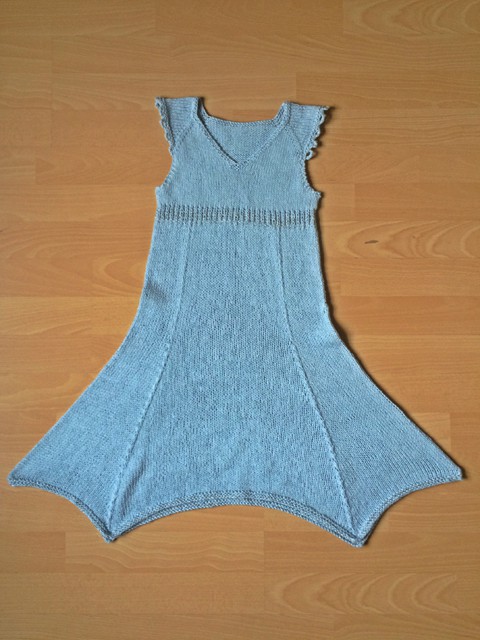 When I finished the dress, much quicker than I could have ever hoped, I got the crazy idea to make a matching cape.
After some searches online I found a way to make it happen that didn’t require any sewing. All I needed was a piece of organza, scissors and decoration such as glitter-glue and stick-on jewellery, to give me a stunning result! 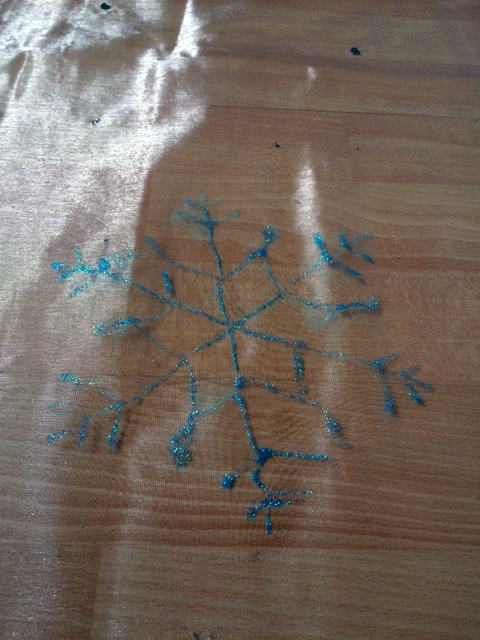 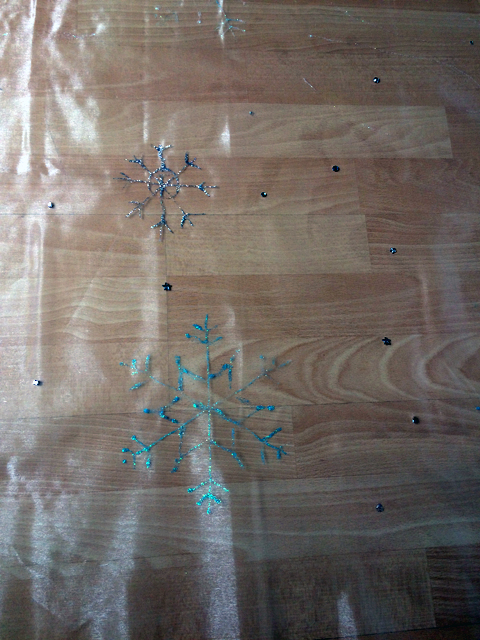 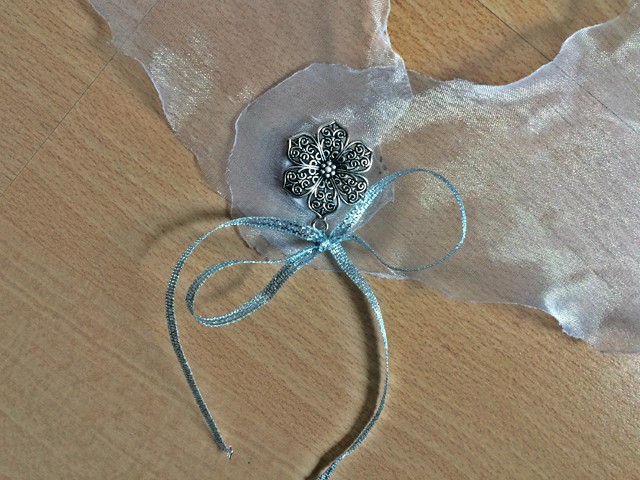 I had bought a large amount of organza, enough for 2 capes, so I made another one for niece E. 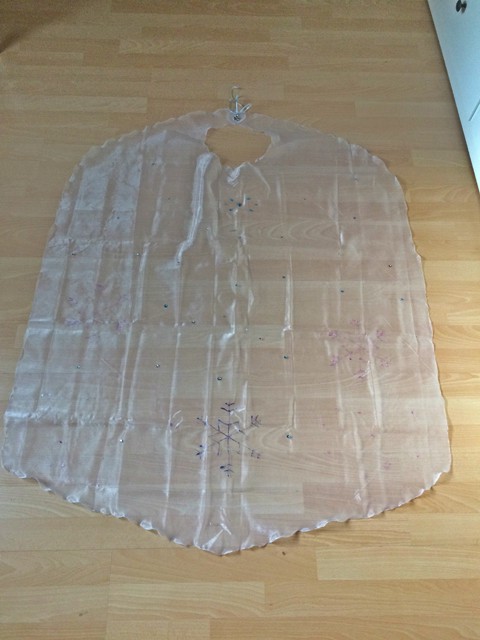 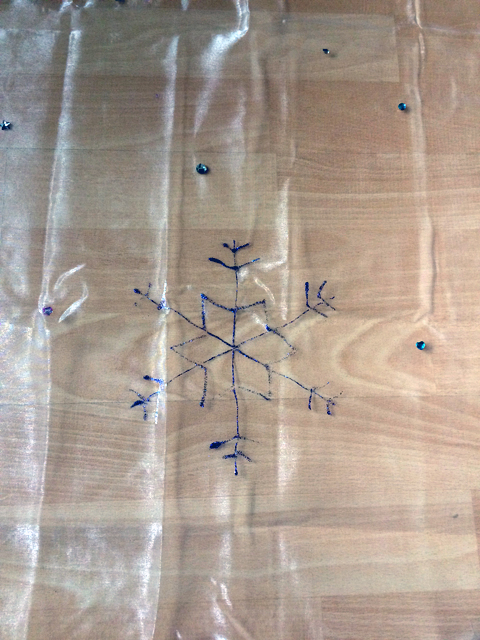 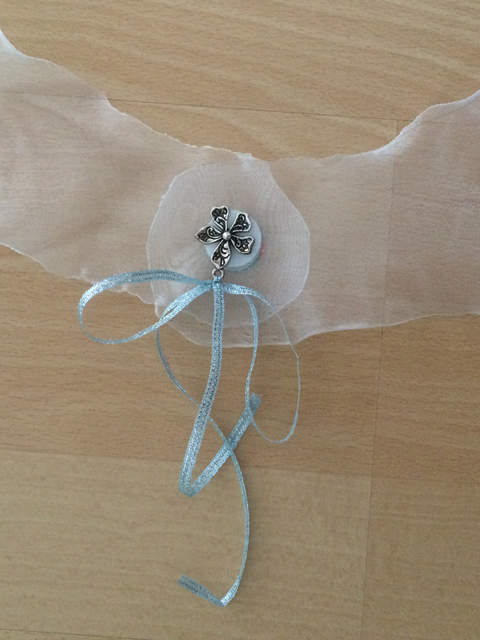 And of course then I thought that I could not just make things for two nieces and leave one out. So I went back to the store and bought another piece of organza, purple this time, and made a third mini-cape. 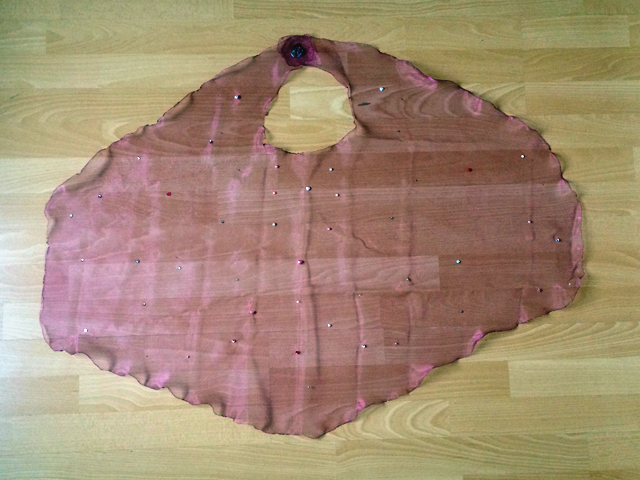 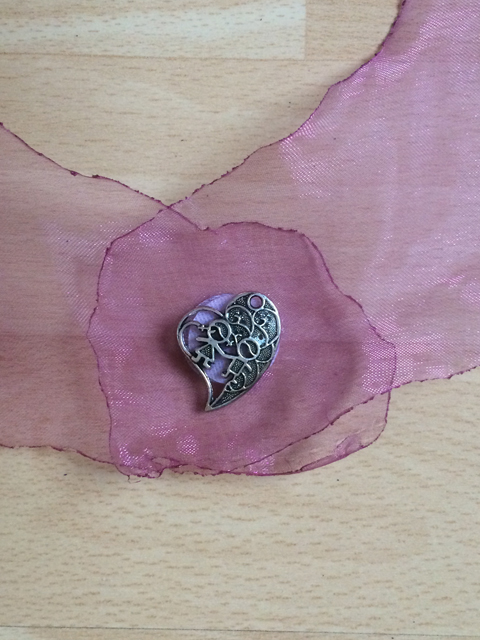 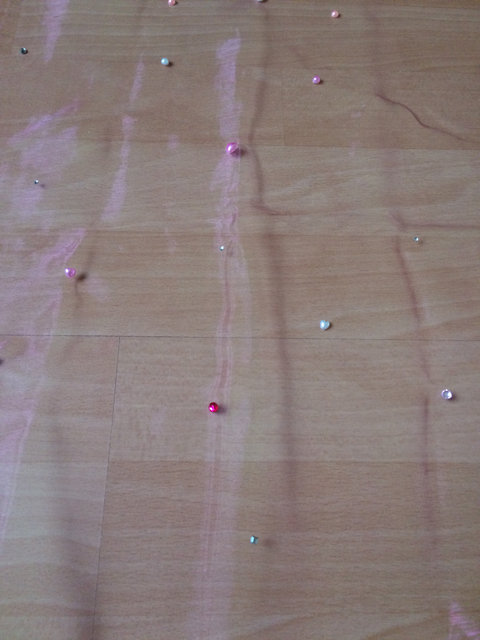 And now the three sisters can pretend to be queen Elsa. Or a fairy. Or a princess. Or…whatever they want!