In my previous post I already mentioned that I had a shopping spree in a yarn shop. This was triggered by a single pattern that had been on my mind for a while now. Until last Thursday I had been able to control myself, but then I saw some other patterns that really made my fingers itch. And then, yes, I caved and splurged on yarn for 4 patterns. 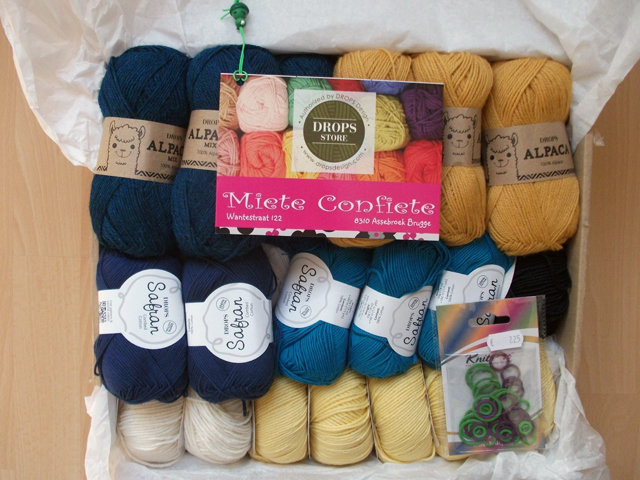 The yarn was bought in a small Belgian webshop called Miete Confiete.
I hadn’t bought there before, but I must say I’m extremely happy with the service. Very quick and efficient!

So what was in my package? 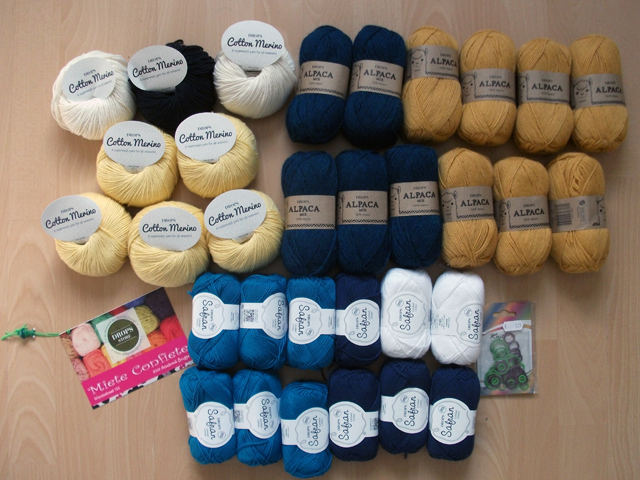 Only 32 skeins and some stitch markers for knitting.
Let me zoom in on the yarn and each pattern that made me buy it.

For THE pattern that had been on my mind for so long, I bought these skeins of Drops Cotton Merino. 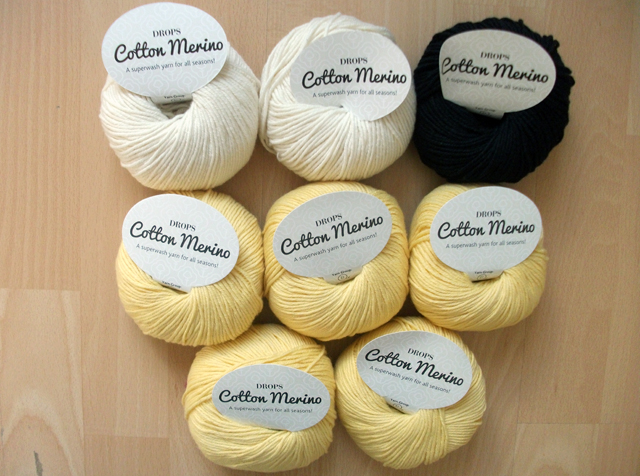 The pattern is a tunic from Phildar, which I find so extremely cute that I can already picture it on my goddaughter!

And because I’m not capable of only buying small amounts of yarn online, I bought additional yarns for 3 other random patterns. It could have easily been 3 other patterns, or 5 or 7, but as it happened my eyes fell on these. This time however, it’s all about clothing for me!

The first group that was send to my shopping cart were these Drops Alpaca and Drops Safran in turquoise. 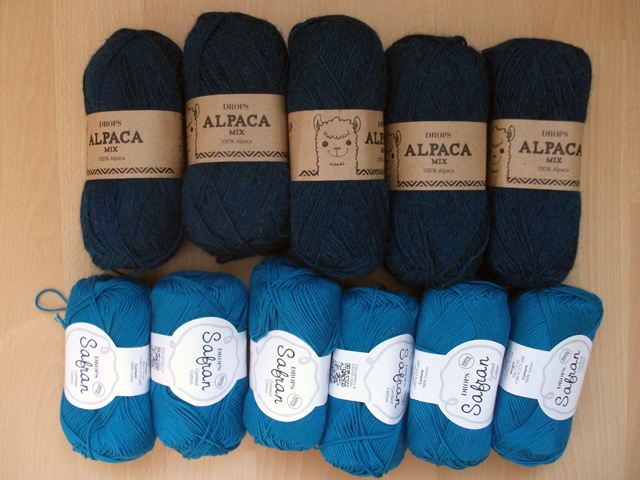 The plan is to use them for this dress. 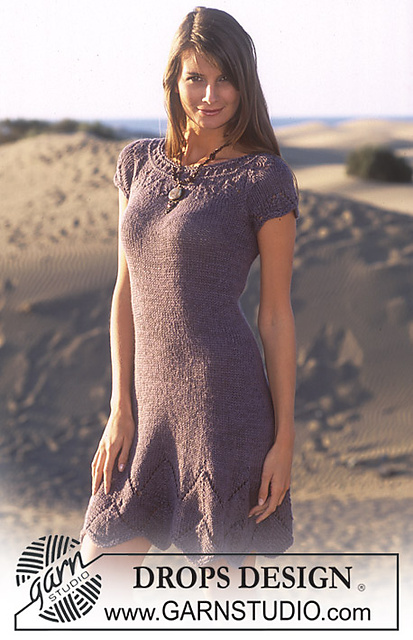 In hindsight I don’t understand what possessed me to go for this pattern. Not that I don’t like it, on the contrary, but it might be a little out of my league? :S Moreover I do not exactly have the same figure as the model in the picture. Double- :S But yeah, the yarn is purchased so I’m really, really planning on having a go with this. If it turns out ugly, then I’ll give it away :p

Next these little skeins of Drops Safran got into my cart. 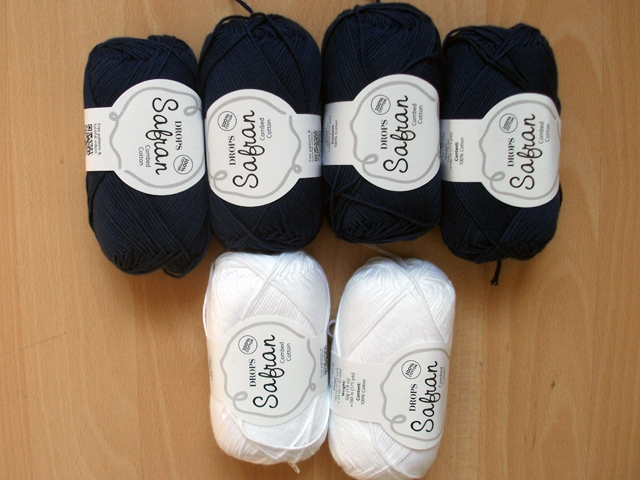 The plan for these is this cute summers top. 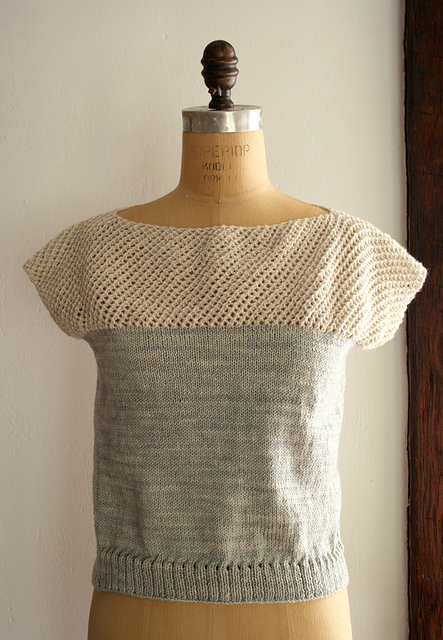 And lastly again Drops Alpaca. As many as 7 okery skeins were added to my basket. 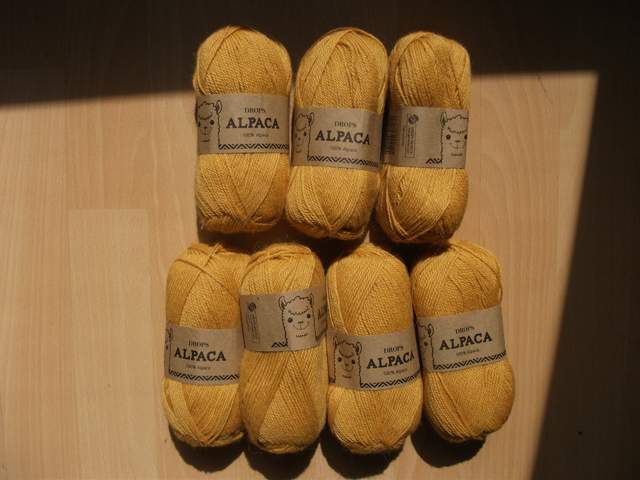 Also meant for a top. 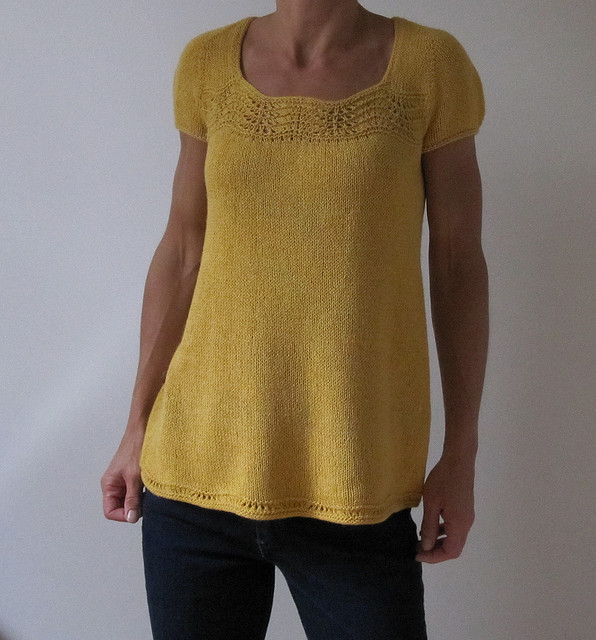 And that’s it!
Now it’s just a matter of actually using these beauties. The plus side is that this time I did buy yarn with a plan, which can’t be said for the majority of my stash 😉