About three years ago, I bought a few meters of light blue jacquard with a pied-de-poule motif, because it was on sale. When purchasing I had an idea of ​​what I wanted to make with it, but I don’t remember that now. Indeed, another case of me buying something, put it in the attic with the rest of my stash, and then forgetting I have it. 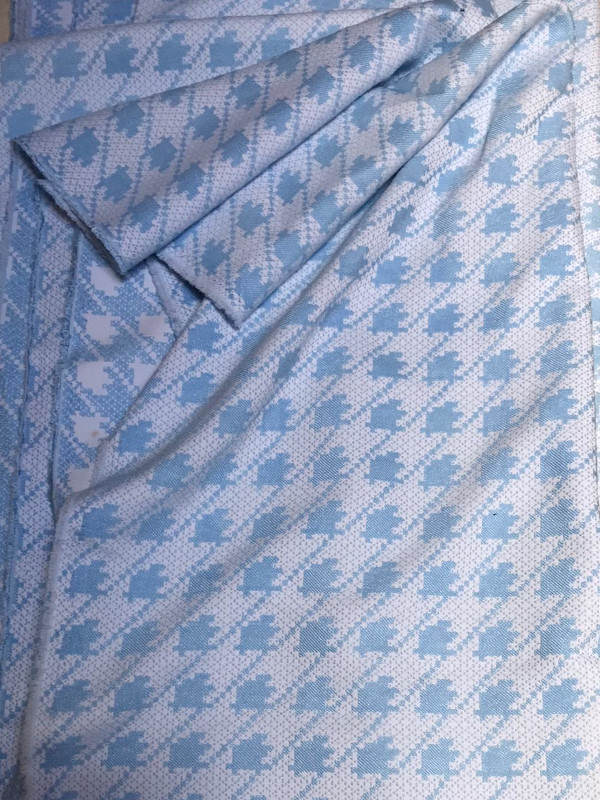 But now that I really have a taste for sewing, I want to continue practicing and refining my skills. So I finally wanted to use the fabric and I quickly knew what to make with it when I went through the pattern library of The Simple Life Company. 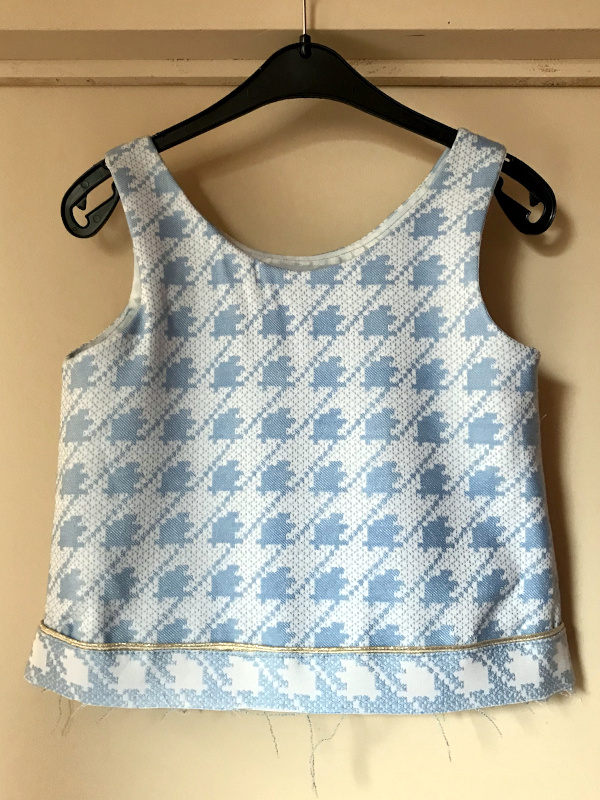 The bodice is made without an opening, neither buttons nor a zipper.
Unique to the assembly was the way the armholes were finished: a method called the burrito roll method was used. For me this was something completely new and even though it was explained in the pattern with the help of photos, I was also happy to be able to go on YouTube for a demonstration, like this one for example.
In itself an ingenious and not so difficult way that ensures a nice finish, but only if your fabric layers can easily fit through the arm hole. Here I had a slight moment of panic, since my layers turned out quite thick, especially also using the golden piping on the waist band. So I really had to pry and pull to get everything through without any ripping or tearing of seams. So a lot of patience was needed and a reset to the beginning a couple of times. Ah yes, and don’t forget to clip your curves!

The skirt was going to be a piece of cake, or so I thought.
Just two rectangular pieces, of which you stitch the side seams and shape them with a gathering thread. Unfortunately, a gathering thread was not a good option for this fabric. It was just too heavy for it and my thread snapped when I pulled on it.
So then I just manually made my pleats, with the help of a little math and lots of pins. And in the end I think I prefer this result for this dress! You have so much more control over the pleats and you can place them left or right towards the inside!

And then it was just a matter of attaching the skirt to the bodice and done!
In principle, I also wanted a golden piping edge at the bottom of the waistband, but I really had too many layers and I feared that it would come out completely stiff and crooked. So I just left it off, which in my opinion does not detract from the end result! 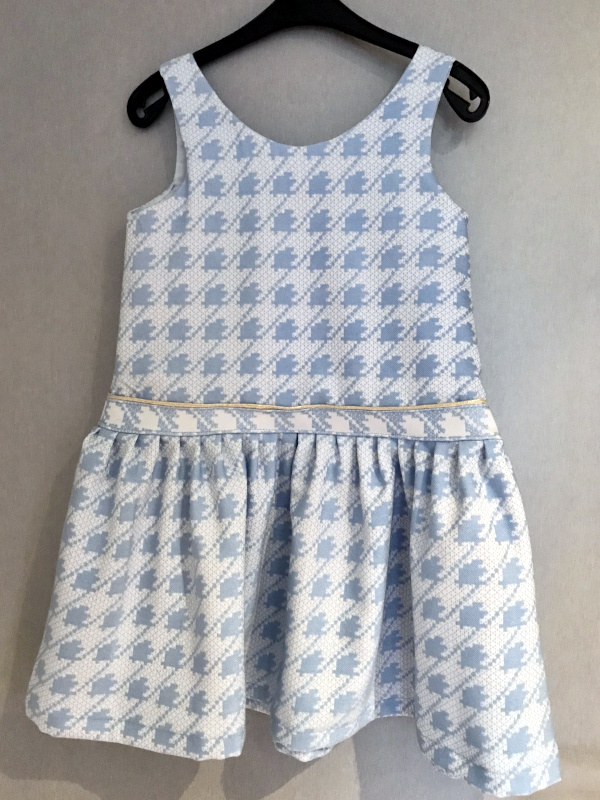