After I finished my blouse in sewing class, there were still two lessons left before Christmas break.
I had already decided on my next project, but I didn’t really feel like starting it already. So instead I brought a project to class for which the pieces had been cut since summer, but for which I didn’t have the courage to start the assembly. 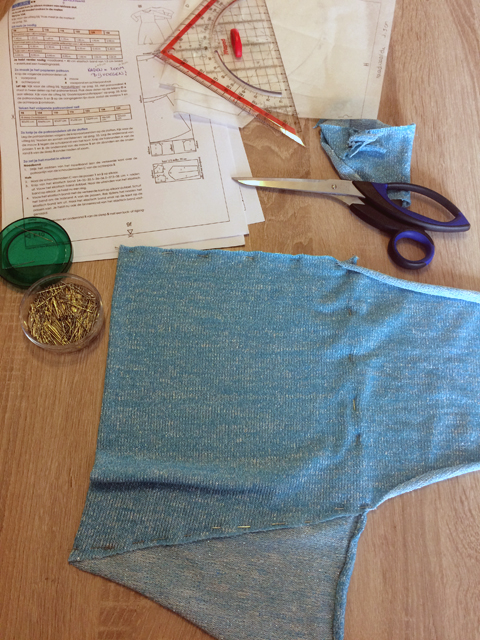 My goddaughter, like so many girls, loves the Disney film Frozen. She’s especially a bit fan of ♕ queen Elsa ♕, because she’s also blonde *children’s logic*
Previously, I had already knitted an Elsadress for her, but this dress wasn’t a real one and was certainly not intended only to be worn for dress ups. So with this project I wanted to make her a real Elsa dress and for this I found the perfect pattern from Knippie

Like I said, the fabric pieces were already cut and ready to go, but I hesitated to start, since I couldn’t understand certain aspects of the instructions. But now, with the help of the teacher, I constructed the dress in only 2 lessons, with the additional advantage that I could use the overlock to make it look even more professional. And the result really is something! 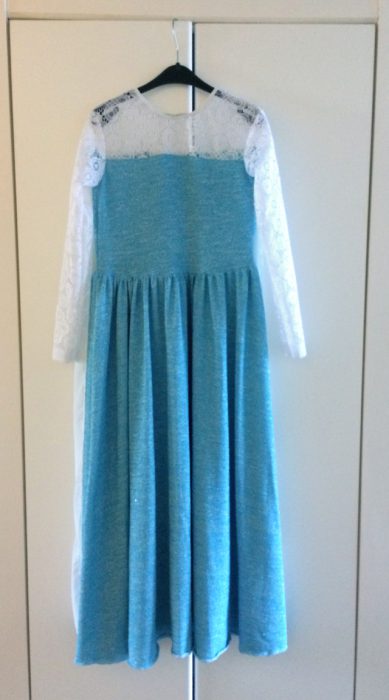 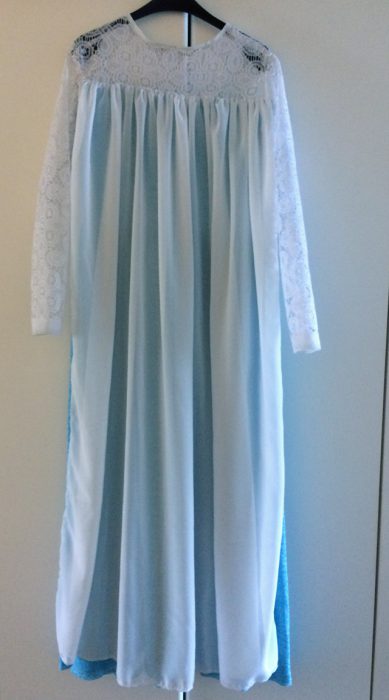 My goddaughter got her present for Christmas and oh boy was she happy. She was positively glowing! By chance her hair was braided, which made the effect absolutely complete!

Now my other nieces are asking me to also make an Elsa dress for them, but I’m hesitating. It’s not that I don’t want to, but I have to be careful that the presents for my goddaughter remain extra-special, since I’m both her auntie and her godmother, while the sisters have me as an auntie and other godmothers who also give them presents. So yeah, at this time, I’m more inclined to say no to Elsa dresses for the sisters, so that my goddaughter’s dress remains unique and just for her!