I love Dawn Toussaint‘s amigurumi. They are all so cute and cuddly 🙂
I was intimidated for a long time to even think about trying to make one of her patterns, but with my Kitty Orange I finally made the plunge. And surprise (!), it wasn’t really that hard 😀

I discovered not so long ago that Dawn has a blog: dawntoussaint.blogspot.com.
And I discovered yesterday that she’s doing a CAL (i.e. Crochet ALong) for her latest creation: an elephant named Padma. She hasn’t shown us the finished product, to keep it a little mysterious :). She has posted a picture of her sketch, though, so you get an idea what you’ll end up with: 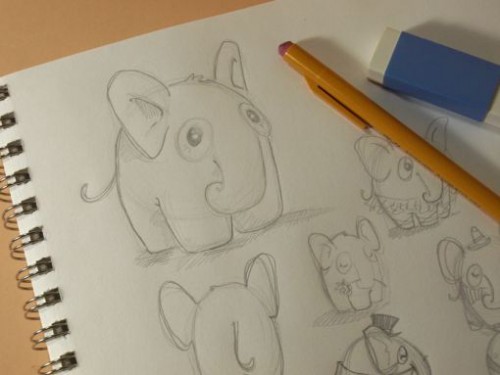 Padma’s pattern will be broken up into 4 instalments, posted on Saturday and Wednesday of the next two weeks. All Dawn asks in return is that you give her feedback on the pattern and of course share pictures of your creation.
The first instalment was posted Saturday. You can find Dawn’s post on her blog here. 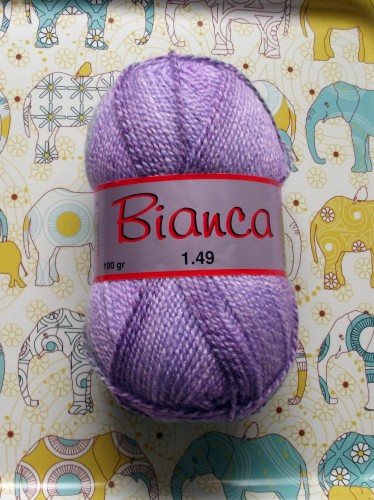 And here’s the result of the first part of the pattern: 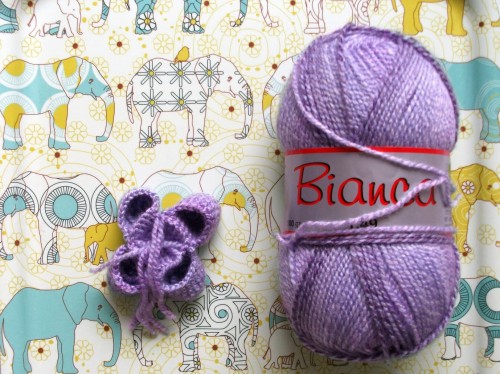 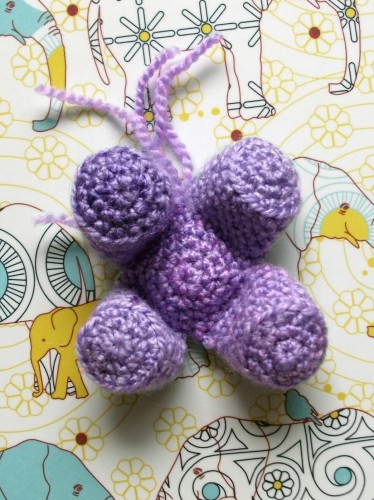 Four legs and a little belly. I’m curious about how this pattern will evolve :D. Guess I’ll have to wait until Wednesday. Do join in the fun!!! You’ll find all the information here at Dawn’s blog 🙂
Dawn also made a Ravelry group for this CAL: CAL with Dawn Toussaint.

LEGS
You could ad in the pattern how each leg should be finished. Leave a long tail? How to tie off?
It becomes clear once you start the belly that you won’t need to leave a long tail when finishing of the legs, but it would be nice to ad it anyway.
As for tying off, I cut my thread and pulled it through the loop on my crochet hook, making a knot to secure the crochet work. I’m assuming this is how it is done, but maybe for beginners it would be nice to ad that part as well.

The above is just nitpicking on my part. It depends if you want beginners to be able to understand your pattern or not, I think. Do with it as you like 😀