Eep, I’m running behind that marching time again! We are already at the END of October and as I’m writing this post I unfortunately haven’t really worked on my October layout yet and I still have to show you my September reading journal!
Luckily I have a very good idea of what I want to do for October, so it’s just a matter of taking the time to put it together!
But now for September’s layout!

For September I had the idea to do something in a fifties diner style, because I had come across a cool picture on Pinterest, which I found very appropriate. 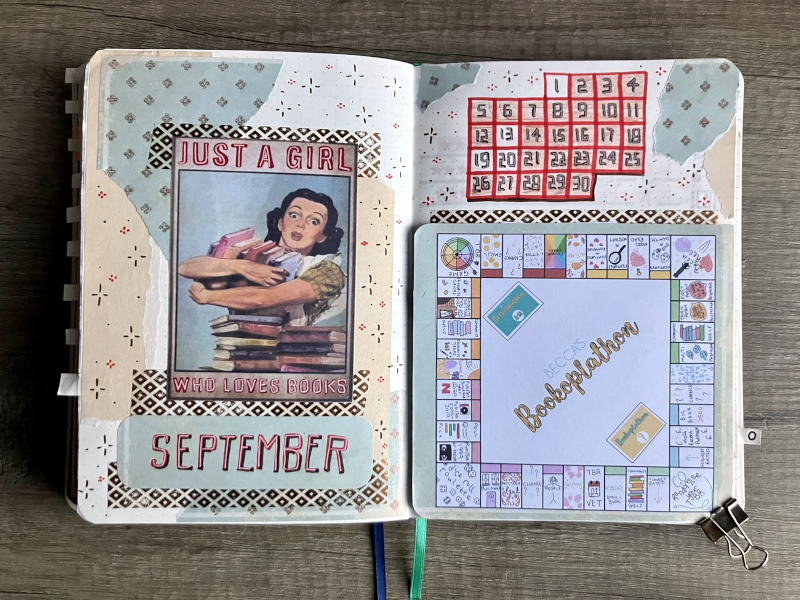 Eventually, I toned down my initial ideas considerably, because they went against everything I want to do in this journal. I do not want to force myself to make too intricate designs, because I just know I won’t be able to keep up with it. I need to keep as much as possible to the KISS-principle and Keep It Simple, Stupid!

So the fifties style diner idea was reduced to the nice picture and matching papers and I think it’s a very successful result!
I would never have chosen these colours on my own if I hadn’t been guided by the picture, but I think it comes together quite nicely. 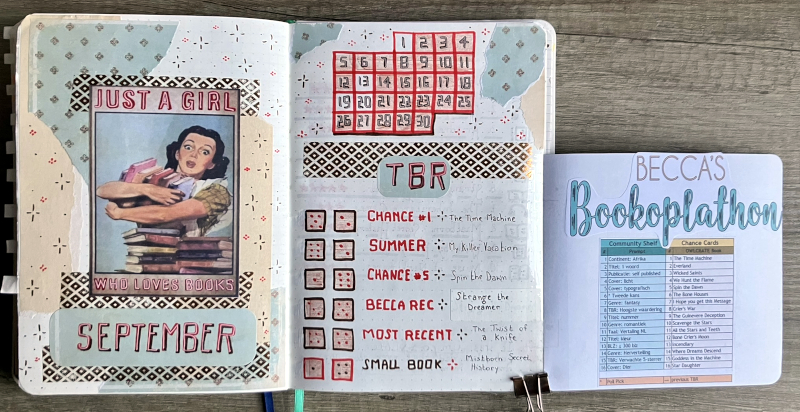 September also was the month for Becca’s Bookoplathon, so this also had to feature in my journal.
Instead of making an entire seperate spread, however, I opted for a fold-out bookopoly board, after which my TBR is hidden. 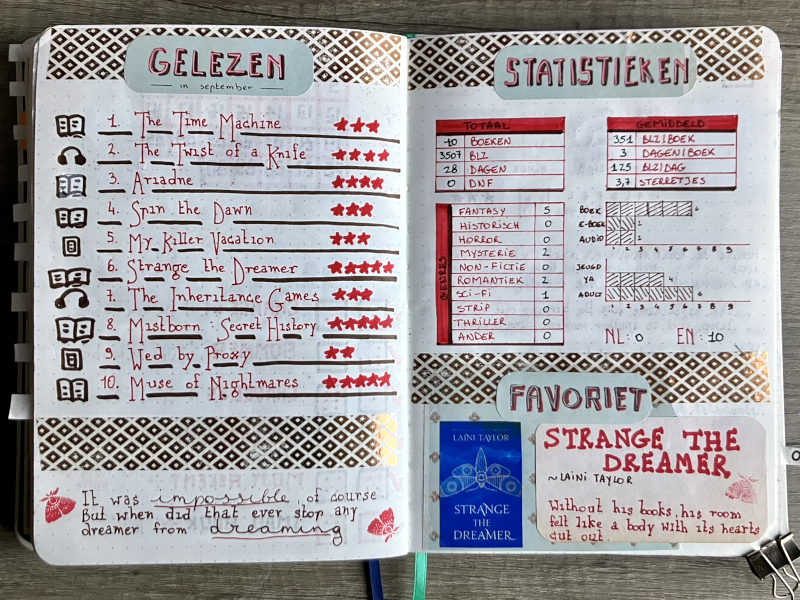 And then it’s just a matter of continuing in the same vein.

It took me a while to find a balance so as not to make it too complicated. Online you can always find so many beautiful and apparently easy to draw Bullet Journal layouts that I get a bit covetous and also want that. But afterwards I’m always glad I kept it simple, very much so too for this month!